The European Community on Computational Methods in Applied Sciences (ECCOMAS) was founded in 1993.  ECCOMAS is a scientific organization grouping together European associations with interests in the development and applications of computational methods in science and technology. In 2018 it could celebrate its 25th anniversary with the ECCOMAS ECCM-ECFD Conferences jointly organized in Glasgow.

In the meantime 23 European national and regional associations became members in ECCOMAS, some of them representing several national organizations. The Mission of ECCOMAS is to promote joint efforts of European universities, research institutes and industries which are active in the broader field of numerical methods and computer simulation in Engineering and Applied Sciences and to address critical societal and technological problems with particular emphasis on multidisciplinary applications.

The past presidents of  ECCOMAS  contributed significantly toward the realization of the vision of ECCOMAS to serve as the communication platform of modern technology-driven research in the area of Computational Methods in Applied Sciences and Engineering, not only in Europe, but worldwide.

Jacques Périaux  (1993-1996) the first President of  ECCOMAS , realized the need to create an association on the European scale to act as a disseminator and as a vehicle for enhancing the knowledge produced in academic institutions and industry as a result of the impact of computational methods in applied sciences to modern technology. He also deserves the credit for his efforts on establishing contacts with representatives of the European Commission as well as with other European associations relevant to the tasks of  ECCOMAS  and for becoming the strongest advocate of reinforcing the cooperation and interaction with industry.

Oskar Mahrenholtz  (1996-2000) the second President of  ECCOMAS , managed to build the first solid bridge between the two main streams of ECCOMAS and was the architect of the agreement signed with IACM, which settled initial differences of opinion between the two associations.

Eugenio Oñate  (2000-2004), the third President is to be commended for his vision to establish Thematic Conferences focused on specific state-of-the-art topics in computational sciences and engineering. Their enormous success expanded the visibility of  ECCOMAS  to a global scale and opened its frontiers to the rest of the world. The Thematic Conferences have set up a model which other national and regional associations around the world are trying to adopt. He has put his personal seal on the passage of  ECCOMAS  from its childhood to early maturity.

Herbert Mang (2005-2009), the fourth President of  ECCOMAS , with his authority, impartiality, patience and ability of persuasion, has contributed immensely to the success story of  ECCOMAS . During his presidency,  ECCOMAS  established closer links with industry and the European Commission. But above all, he will be remembered as the President who initiated and achieved the integration of the different subdisciplines of  ECCOMAS  which led to the consolidation of its identity as a fully multidisciplinary association on computational methods in engineering sciences.

Manolis Papadrakakis (2009-2013) started his presidency right after the new bylaws have been approved. Due to his continuous reliable dedication and his friendly unpretentious personality he managed this “phase change” of ECCOMAS in a very short time. His openness and balanced nature was very instrumental in consolidating the different interests in an efficient way. His period as president is in particular related to the introduction of the Newsletter, the implementation of the ECCOMAS Young Investigator Conferences and the creation of the Olympiads for distinguished PostDocs. 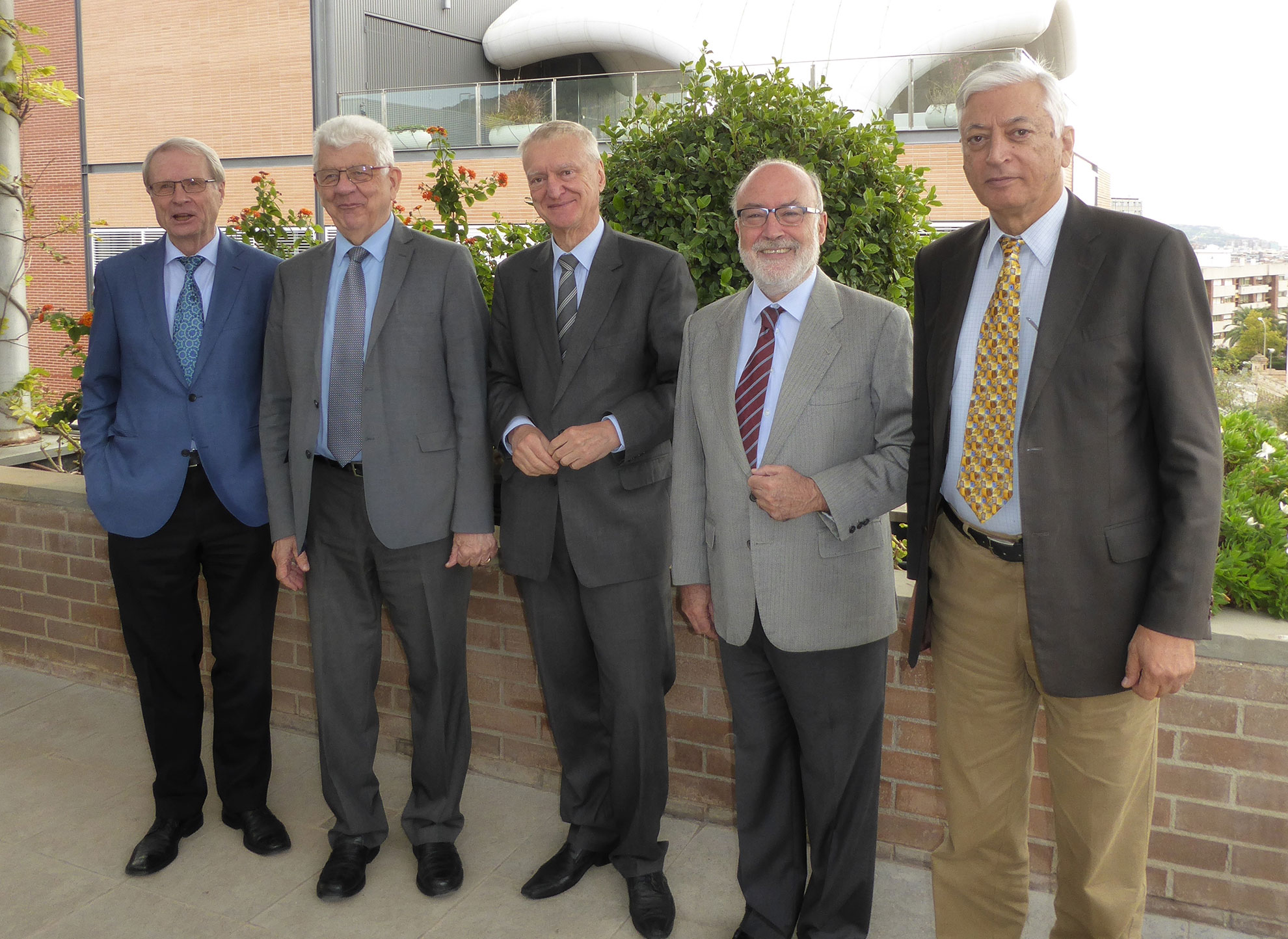